Something the team and I are thoroughly enjoying lately are our regular cinema trips.  We look forward to watching the previews for new releases with our popcorn in our laps; ready for 90 minutes of ‘zoning out’ to a fantastic film. But within my circle of friends, a simple trip to the cinema takes some planning! Let me give you a typical example:  One of the film franchises I was keen on seeing after reading the books back to back, was the ‘50 Shades’ series (okay, don’t judge me here!). I thoroughly enjoyed them and waited excitedly for the first film to be released.

It’s the kind of film experience to be shared with your girlfriends, and that’s exactly what I had planned to do. 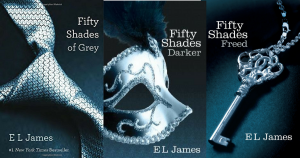 However, I waited, and waited. But what was I waiting for? The film had been released…

I was waiting for subtitles; because I was going to the cinema with a deaf friend.

The first in the 50 Shades franchise was released on 13 February 2015, and we were finally able to see it at our local cinema in Newbury on 10 March 2015. Nearly 4 weeks after the film was released.

And when I went to the cinema with the same friend to see the second in the series a couple of years later, it was still a 4 week wait.

We had to wait patiently, whilst meanwhile, everyone else around us had seen the film. They talked about it, raved about it, and discussed it openly on social media: all whilst we were STILL waiting.

Then, finally, a subtitled screening was available. Hoorah!

Now, this is starting to sound like we were absolutely desperate to see the follow up film (that’s partly true, as the first was left with such a cliff-hanger!). But in reality, it was the anticipation that was driving us to distraction; built up while having to wait so long to see a ‘new’ release.

As a hearing person, once a film is released, the choice of dates is vast. We can pre-book our tickets, or go on a whim. We certainly don’t have to wait 4 weeks!

What makes the situation even more challenging is that subtitled screening times are only released the Sunday of the previous week. So in this particular situation, we had exactly two days’ notice. The ONE and ONLY subtitled screening for 50 Shades Darker in Newbury was 5:20pm on a Tuesday. That meant we both had to leave work early to see the film. Or, we could see wait for it to be released on DVD.

So, we adjusted our schedules accordingly, cancelling previous plans, and booked our tickets. I booked them online on Monday night, and at this point, none of the seats had even been booked (I guess most people had seen 50 Shades already!). In fact, we shared the cinema with just 6 others.

Although this was a personal experience, it’s clear the issues are not unique to our local cinema.

Many conversations can be found amongst the deaf community. Here are just a few examples:

“I know of many, many deaf people who feel frustrated and upset about how scheduled subtitled films are on at an inappropriate time and usually on early mornings, before work hours and late in the evening. It is incredibly rare to see a subtitled film on a Saturday too.”

“Being deaf has restrictions on our social lives! I can’t tell you how many times my friends have said: “let’s go to see the new film at the cinema” … I can’t, as they never have enough subtitled showings!

Normally, new films won’t have a captioned showing until a week or two after the release date, so I miss out on a lot of social outings. The number of people who couldn’t be bothered to wait for me is extremely frustrating.”

“Deaf customers are still advised to check whether the subtitled screening is going ahead before they actually turn up. Even when you’ve confirmed the screening, asking to see a scheduled subtitled film once you reach the box office usually results in frantic phone calls to the projection booth. There’s nothing quite like being responsible for holding up a queue of people to get your evening off to a pleasant start. You end up holding your breath until the opening credits roll. Sometimes the subtitles appear, sometimes they don’t. I know people who have a drawer full of free vouchers, so often have they been let down.”

So why is this happening?

Why is it that the ‘reasonable adjustment’ made by cinemas is that deaf people have to wait for a number of weeks?

There have been many campaigns out there in the deaf community to improve access to cinema.  Oftentimes, deaf people miss out on seeing the film entirely, with no subtitled screening being made available at all. Whereas hearing customers have the choice to go to the cinema whenever and wherever they like.

What is the answer?

In the USA, hundreds of cinemas have made ‘subtitle glasses’ available. Which means only the people wearing the glasses see the subtitles.  In Australia, many cinemas have small seat mounted screens offering subtitles.

So, there are solutions already available and being utilised in other countries for deaf cinema-goers, but why has this not yet happened in the UK?

How can we fix this in the UK?

Yourlocalcinema.com state that “a personal subtitle solution could help increase the weekly number of subtitled shows from 1,200 to 50,000, allowing much better access for the 11 million deaf people in the UK”.

It’s certainly time for cinemas across the UK to take action and provide more subtitled screenings for deaf customers.

Subtitles at the Theatre…or not!