There can be questions raised such as:

"Is there not just one single universal Sign Language that everyone can use?"
"Why not, this would be so much easier"

These thoughts only really make sense if you are picturing sign languages as a kind of helper/aid by hearing people to deaf or hard of hearing people.

Let’s take a moment to think about these statements and learn more about the 300 sign languages that are used around the world.

Sign languages, like spoken words, have many different forms and the sign languages are different from nation to nation. In the spoken language world we have regional accents and this is very much the same with Sign Language, the signs used in the north of the country are different from those used in the south. This alone shows how complex the language can be because the person learning the language needs to adjust to different regions and the signs used. You could say it’s a never-ending language to learn – those that take on learning Sign Language will always be learning new vocabulary.

Let’s take a look at some of the Sign Languages used around the world and their similarities: 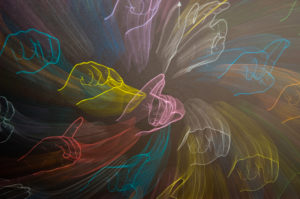 British, Australian and New Zealand Sign Language (BANZSL), is the language of which British Sign Language (BSL), Auslan and New Zealand Sign Language (NZSL) may be considered dialects. These three languages may be considered dialects of a single language (BANZSL) due to their use of the same grammar, manual alphabet, and the high degree of lexical overlap. The term BANZSL was coined by Trevor Johnston and Adam Schembri  – such a bonus for those learning BSL because I don’t know about you but I would be happy to visit Australia or New Zealand!

Ireland has its own sign language (ISL), which is derived from French Sign Language but there are some similarities with BSL.

Deaf people experience communication barriers daily. At terptree we provide interpreting and translation services and we have an extensive list of communication professionals on our database.

We only use qualified and registered communication professionals. It is important that the Interpreter understands the subtle differences between BSL dialects and the complexity of the language. 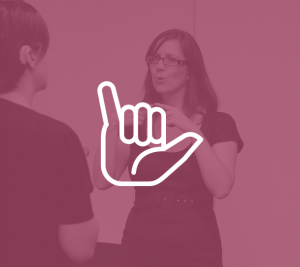 Find out more about our Interpreting services here 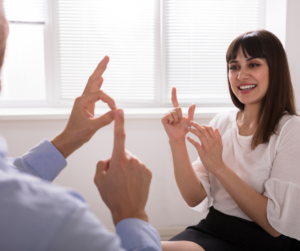 How to work with a BSL Interpreter 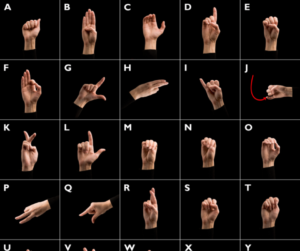 There can be questions raised such as: “Is there not just one single universal Sign Language that everyone can use?” “Why not, this would be

Firstly, what we can see immediately is that British Sign Language is by far one of the most beautiful visual languages! Many people are mesmerised 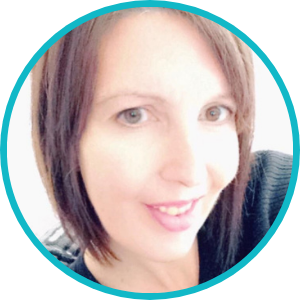 As part of our series introducing you to the members of our team, we are today sitting down for a chat with Caroline our longest