It’s Going To be BSL Accessible (Just Like last Year)

It can be hard to access all these amazing events when you’re deaf. Let’s take a look how terptree breaks down these barriers:

We first enabled Comic-Con to provide access for the Deaf community to attend this special event last May & October. We ensured the staff at Comic-Con were given the best advice on such a large event and what requirements were necessary to provide support.

Everyone was very excited here at terptree to provide this support last year and we’re equally as excited now, we all want to go!

There wasn’t an interpreter that wasn’t excited to put their name forward! We were inundated with requests to take the booking!

The importance of having interpreters at these big panel events allow for deaf people to not only experience the exhibition elements of the event, but to also have access with the individuals on the panel whom they respect and revere.

Even the celebrities get in on the act! With some of the panellists throwing in swear words to see what the sign would be, the interpreters continued in a professional manner. Creating better inclusion and a community for all!

It is a pleasure to work alongside the Comic-Con/MCM Expo team at each event they put on.

So What Is Comic-Con?

It’s that time of year again, for the UK’s biggest popular culture show, Comic-Con! This weekend from Friday 27th – Sunday the 29th London will play host to some of the biggest names in the entertainment industry.

The Comic-Con held in London is a multi-genre fan convention held in the London Borough of Newham twice every year, typically on the last weekend in May and October. It has been going since 2001. The convention focuses mainly on the likes of:

The London show will feature a large floor-space featuring stands and exhibitors selling merchandise and various other items, including official media companies such as film studios and TV stations. 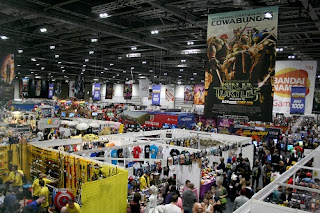 This is an area of the show that hosts approximately 200 tables, where professional and amateur artists/writers/publishers alike, sell their comics and prints. This area also includes a signing area where big names within the comic industry will come and sign autographs. Previous guests have included: 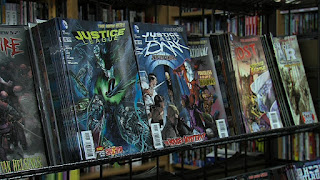 The main purpose of Fringe is to allow cosplayers the chance to organise:
It allows organisers to more easily create their own event within Comic-Con and broadcast it for others to see. Attendees can search the London Comic-Con website and see if it is of interest to them.
Cosplay has become one of, if not, the most popular part of the entire event!Cosplaying can be to show off the costumer’s latest work or simply to show devotion to their favourite character and to engage in role-play with other cosplayers. Creating a very unique experience and sense of community.

VidfestUK – The Event for Fans of Online Video & Web Series

The way we communicate and consume content has changed dramatically over recent years and thus events such as Comic-Con must also evolve, introducing VidfestUK!

And so much more!

VidfestUK is definitely the place to be if you’re interest in everything social media and online related! If you want:

Then you’ll definitely want to head to VidfestUK!

So Head to the London Comic-Con If You Want To See The Likes Of:

There are a limited number of tickets left, so if you’re interested see –  http://www.mcmcomiccon.com/london/tickets/