Biographies of our terptree’s Wednesday Webinar presenters for Communication Professionals

Here at terptree we are thrilled to be launching a training series of Wednesday Webinars for Communication Professionals on a range of topics.

This is an entirely bright new idea for our profession and we are very excited to be showcasing it!

We hope you enjoy this special edition blog giving you an insight into our Webinar presenters:

Jackie began her freelance interpreting career in 1987; she has since worked as an interpreter for a London borough council and a large national charity, working her way up to senior interpreter where she supervised junior colleagues who are now prominent and respected members of our profession. She was a lecturer at the University of Bristol during 2003 – 2005 and 2008 -2009, is an ASLI trained mentor, A1 assessor and trainer.

Jackie enjoys attending training and is an active
member of ASLI, including being National Chair from
2005- 2007. She believes that to support students and colleagues through training and assessment is a reward in itself andoften says that she will share her experiences and in return asks them to gift their skills to another colleague, thus we become a supportive profession. Jackie is proud to call herself a community interpreter but also enjoys the variety of interpreting work in more specialist domains.

In her personal time she loves attending the theatre, is a happy Glastonbury camper and enjoying her recent move to Bristol! 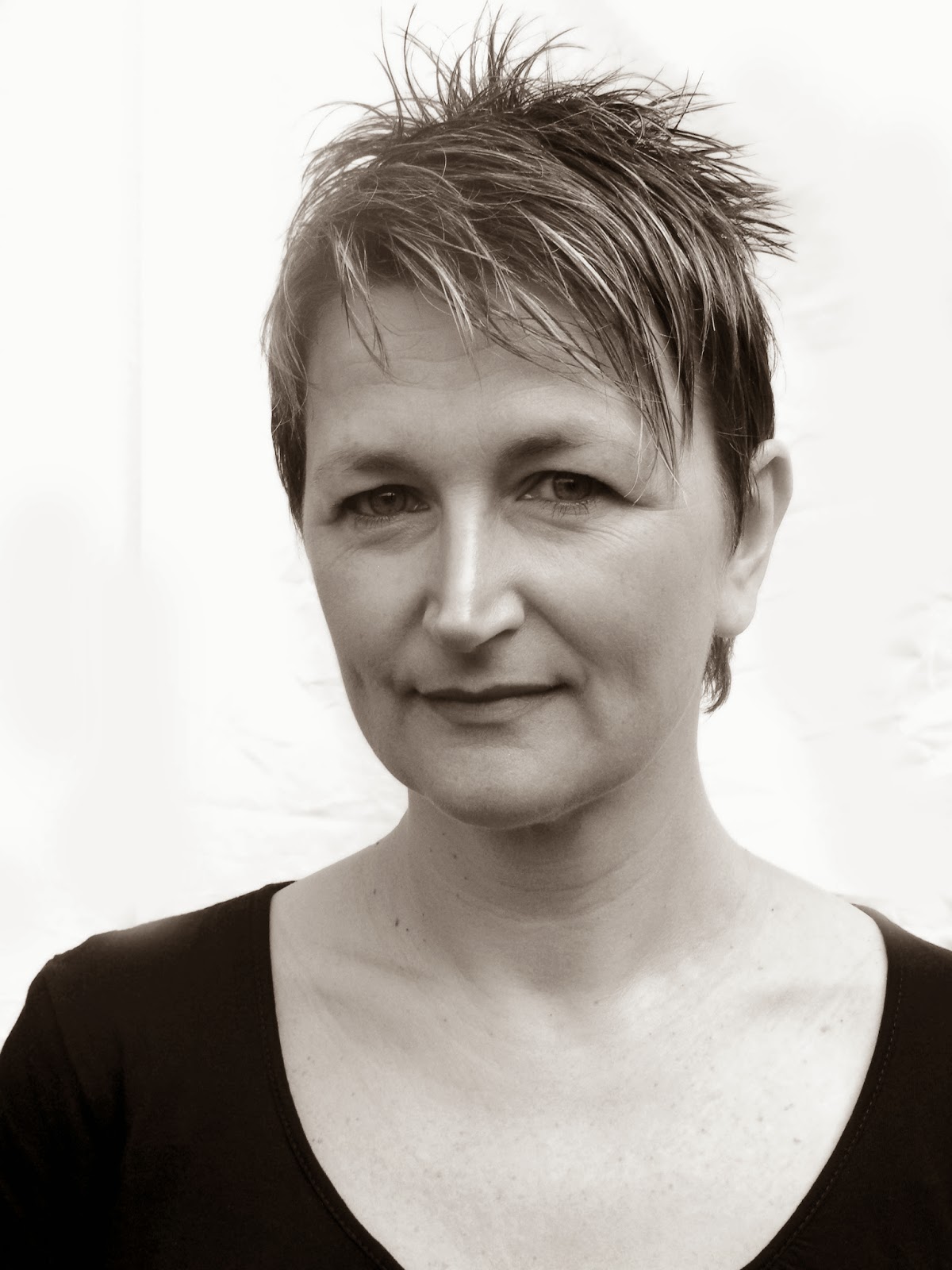 Jeni has been interpreting for 12 years and has spent at least half of that time working in the Arts, specialising in interpretive theatre, working in BSL and spoken or written English. “My mission is to present plays equally in both languages and we are have just completed our tour of Frozen”. 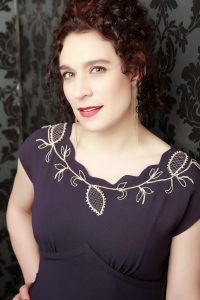 Esther Rose Thomas is a freelance interpreter. She has worked for over 21 years and has specialised in Mental Health since 2002. A qualified ASLI mentor, Esther is especially concerned with the impact the field of Mental Health has on interpreters and the impact that we make, just by being in the room.

Previously editor of Newsli, ASLI’s magazine and currently volunteering with homeless people. Esther has travelled to over 50 countries and has a passion for those that don’t have it as good as we do.

Originally from Australia she has settled now in London. 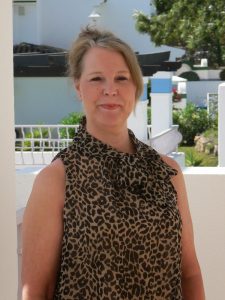 Born in Manchester ex RAF, Air Hostie and PA Susan now has 13 years behind her as a qualified BSL/English Interpreter.

Her work with Deaf people has given her the opportunity to practice interpreting in other countries including America, Sweden and Finland. Now specialising in Forensic Linguistics, Susan’s personal achievement is having partied the night away with the Rolling Stones in yesteryear.
Wendy Ledeux

Watching interpreters work at a conference piqued my interest in sign language and I went on to make a Deaf friend who sustained that interest. I qualified as an interpreter in 2005, having started out as a CSW in education in 1999.

I have been a member of ASLI’s AtW working group since 2007 and was its chair for a while. I have provided workshops in subjects such as ethical decision-making, an introduction to office interpreting and telephone interpreting. I love seeing Deaf professionals reach their full potential with the correct support.

I work in a broad range of domains including theatre, social services, medical and legal. I am also an electronic notetaker and a Fitsteps Dance Fitness Instructor.

In May 2013, Gill was appointed National Adviser for the Deaf Ministry; a position where Gill supports the Chaplains with Deaf people in the dioceses as well as providing advice and deaf awareness to bishops and diocesan staff. This is with the aim of encouraging the contribution of Deaf people to the church.

She is also a freelance interpreter and a Fellow of the Association of Sign Language Interpreters.  She has previously served as Chaplain in Exeter Diocese and is a Trustee to the Deaf-led charity Go ! Sign also working voluntarily for Signs of God, a Christian training organisation.

“Interpreting in Church can be some of the most challenging and difficult. It includes poetry and music, sometimes drama and often very complex language. I am so glad that Signs of God is helping people to prepare for this very important work.” 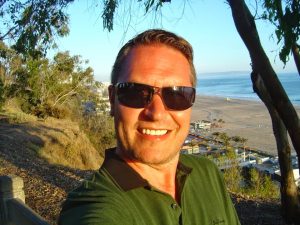 I am a Registered and Qualiﬁed British Sign Language Interpreter and I’ve work in the Deaf community for 27 years. The domains of Business and media is where I have most experience but I am also experienced in health, education, community, politics and law.

After studying and qualifying with CITISERVICES and the University of Bristol I began a career in interpreting with the Deaf Community.

I have previously worked as a fund raiser for charity, Breakthrough where I gained a great amount of knowledge, history and understanding of the Deaf community, the language and the culture. My mentor and boss, David Hyslop, was the best beginning I could have hoped for. David was intellegent, witty and generous in sharing with me what was culturally appropriate to do and say. Under his watchful eye I gained qualiﬁcations in British Sign Language before embarking on the ﬁrst ‘Communicator’ course to be established in the UK in 1986. This venture was administered by the Birmingham Institute for the Deaf (BID) and Bournville College of further education. I became a member of the register for sign language interpreters in 1990.

I started to work as a ‘live news interpreting’ in the early 1990’s before the BBC News Channel came into being. The BBC back then would show a simultaneous transmission of their BBC1 8am news programme, Breakfast on BBC2 for just 15 minutes each week day morning with an interpreter in vision. I was one of those interpreters. This opportunity came my way because I was already an interpreter for the BBC’s then, ﬂagship programme for Deaf and hard of hearing people, SeeHear. 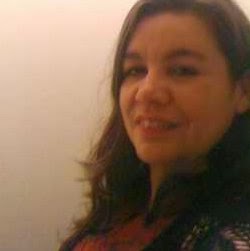 Working as a BSL/English Interpreter since 1992, I qualified in 1996 and have a broad range of interpreting experience.

I am a qualified assessor, internal verifier and external verifier. Since 2010 I have worked at the leading VRS (Video Relay Services) provider in the UK, with responsibility for training. Together with colleagues I have delivered seminars on Video Interpreting at the ASLI conference in 2012 and at EFSLI 2013. I am registered with NRCPD (qualified) and a member of the Chartered Management Institute. 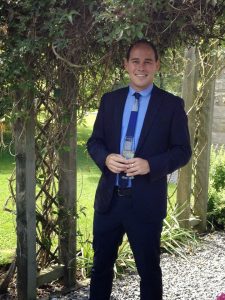 He is a member of ASLI, EFSLI and WASLI. He is undertaking an MARes at Durham University (due for completion June 2014) examining the identity, culture and language of the Deaf gay male community. He starts his doctoral research in October focusing on the characteristics and disposition that gives rise to a greater number of females and gay men entering the sign language interpreting profession.

Since registering as an interpreter in 2009, he has undertaken numerous assignments within the social domain including weddings and christenings, sports events, the arts, social networking, and various ceremonies including a Mayoral Robing! 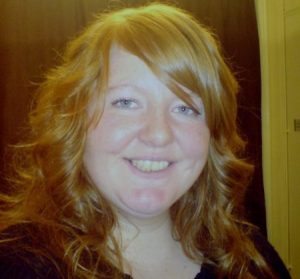 Jill is an interpreter based in Derby. As well as working as a Registered Interpreter (RSLI), Jill runs Deaf Matters Training CIC, which provides training for CSWs and Interpreters. Jill worked for many years as a CSW as well asn an interpreter in HE serttings. Her knowledge of educational interpreting combined with her passion for raising standards has led Jill to offer training in this area.

She is also a former National Chair of the Association of Communication Support Workers (ACSW), the former Continuous Professional Officer at NATED, the founder and Chair or Derby BSL Practice Group and a CSW for Deaf Access at Derby College.

Jill was involved in the development of the new CSW qualification and now provides training through Signature for those who wish to teach the new Signature ‘Level 3 Certificate in Learning Support (Communication Support Worker)’ qualification. 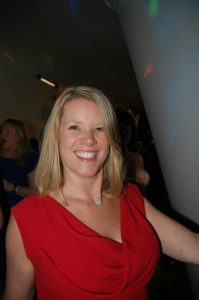 Hi. I’m Mel Pendrick-Wright, I’ve been an interpreter for 13 years since graduating from Wolverhampton University. I completed the NVQ Level 4 Language and Interpreting units becoming fully qualified in 2008. I have over 12 years experience of specialising in the mental health domain (five years in house) and since becoming freelance in 2007 I have continued my work in this field out in the wider community and the various settings that the diversity of the deaf community brings.

I’ve learnt that being freelance you can’t get complacent in preparing for assignments, whether that’s from accepting the job in the first instance to making sure you know where you’re going and which train to get. Let alone the bit in between!! It’s all part of the job! Preparation is the key!! But we are all human and things sometimes don’t go to plan, so sometime it’s worth having a Plan B!