What Happened In Milan?

Argh Milan, a city enriched in history and culture. People from all over the world come to embrace this beautiful city. The 2nd largest city in Italy and the most modern whilst still managing to keep most of its historical past. From the traditional delicious pizzas to the high-end fashion shows, Milan has something for all types of travellers.

As well as being well known for its ravishing lifestyle, creativity, shopping, opera and nightlife. Milan also is enclosed in a wealth of history.

Now you’re probably wondering why terptree are writing about the history of Milan?

Well The History of Milan Wasn’t Always So Prestigious and Today We’re Going to Tell You Why!

What we’re  about to uncover may shock you, it certainly doesn’t place the Milan we all typically love, in good light!

The Second International Congress On Education Of The Deaf

To kick things off we start with ‘The Second International Congress On Education Of The Deaf’ which would imply it was in-fact the 2nd meeting about said topic but it is surprisingly the 1st international conference.

I know right, what a way to start!

The conference featured deaf educators held in Milan, Italy back in 1880. It often is known as ‘The Milan Conference’. It featured deliberations from September 6th – 11th, in which the attendees came to the decision that oral education was simply superior to education including Sign Language. If that wasn’t shocking enough, read on…..

A controversial agreement was made to see Sign Language banned in schools!

This led European schools and those in the United States to switch their teachings to speech therapy for education for deaf children, removing Sign Language entirely. 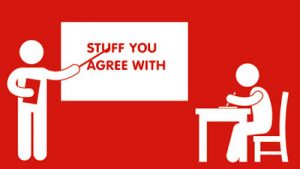 Not only was this shocking decision made but it was already decided upon from the very start!

You see the congress was planned and organised by a committee know as ‘The Pereire Society’ and this group were against using Sign Language in education. More than half of the people were known oralists therefore there was a clear biased view displayed. The Pereire Society setup the conference with one pure goal in mind and that was to prohibit the use of Sign Language in education and they sadly achieved this. All because they were able to carefully select the invitees, supporting oralist success and giving negative reactions to those supporting Sign Language.

Out of the 164 delegates only 1, James Denison, was deaf!

Only delegates from the United States and the United Kingdom opposed the use of oralism as a sole method of communication. Since failing to see this ban overturned, Gallaudet ensured that the United States would not be subjected to a purely oral form of communication and education. They managed to introduce into high schools in institutes for deaf children to be able to utilise Sign Language and maintain Gallaudet College – Now known as Gallaudet University. as an educational organisation that permits the full usage of Sign Language and actively promotes it.

The National Association of the Deaf was also formed in the United States after the outcome to the Milan Conference, with the organisation’s main purpose to preserve the life of American Sign Language (ASL).

The repercussions of the Milan Conference could have been detrimental to the Deaf community.  This one event alone nearly destroyed Sign Language! 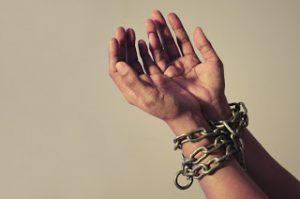 No event in the whole of history; has had a greater impact on the education and lives of deaf people throughout the world! With Deaf teachers losing their jobs, it was a hard time for everyone associated within the Deaf community.

We have come a long way since the Milan conference.  Progressing from Sign Language being seen as a sub-par form of communication; to it being fully recognised as an independent language on an equal footing with oral languages back in March 2003.

However there is still much to be done to ensure Sign Language; and all forms of communication/support are equally valued and supported; wherever and whenever a person requires them!

Before the 1880 Milan conference’s verdict to ban the use of Sign Language in deaf education; there were many successful Deaf Politicians, Deaf Writers, Deaf Artists and Deaf Lawyers.

And more! It is a sad reality that these Deaf professionals declined the use of Sign Language was disallowed in education. There are many influential and inspirational Deaf people. Take for example this video on the ‘History of Deaf Education: Part 1’.