Hello, again. Last week we looked at a (brief) history of BSL. This week we’ll be covering a similar topic – Deaf Education.

To look at this topic, I’ve decided to utilise two videos, which I have attached for you to look at. They’re incredibly interesting to watch, and they look specifically at the history of Deaf education. This blog will be looking at three of the educators discussed in the videos.
The history of Deaf Education (Part 1) can be found here.
Part 2 is here. 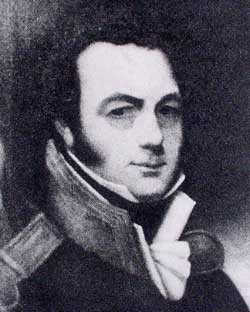 As mentioned in last week’s blog.  Thomas Braidwood established the first school for the deaf in Edinburgh in 1870. The school started out by teaching through the oral method.  They eventually shifted to a more combined approach; when Thomas picked up signs from the pupils.

Braidwood’s school was highly successful, but was only available to those who were rich, and could afford to send their children to his school.

Braidwood also refused to share his teaching methods with anyone else, and kept them a secret. Braidwood was pivotal in the creation of the combined method. 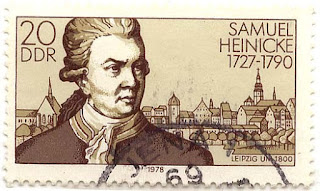 Samuel Heinicke was a German teacher of the deaf, and was hailed as the “father of the German method”. The German method was the start of the Oral movement in Deaf education. Heinicke was an army man, and so used strict methods of teaching his pupils to speak (for he felt that speech was the only way for intelligent thought to be created). Methods included using touch and taste to create different sounds. Pupils were given salt and vinegar to help them create different sounds, and would physically move and mould their mouths to different shapes.
Heinicke deeply disagreed with the work of Abbé de l’Épée. 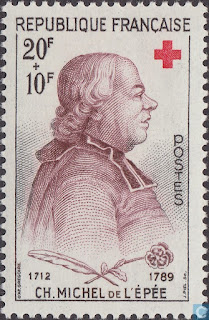 Abbé de l’Épée was a French priest and teacher of the Deaf. He was inspired to teach the Deaf after meeting two deaf sisters who were unable to communicate. He taught using a manual (signed) method and in 1754 he established the Institution Nationale des sourds-muets de Paris (the National Deaf-Dumb Institute of Paris). Abbé de l’Épée personally funded the institution until his death in 1789, at which point the French government decided to fund the school, which is still running today.

Abbé de l’Épée taught both deaf pupils and other teachers of the deaf from around the world, aiding them in their teaching methods for those who are deaf.

This work was the foundation for American Sign Language (ASL).

Abbé de l’Épée and Heinicke disagreed greatly. Their written correspondence can be found in published works.

Looking at more modern Deaf education, we have previously discussed the impact of the Milan Conference in 1880 and the impact this had on education; the oppression of signed education.

Since 1880, many things have changed in the education of deaf children. Sign language can now be used, although Deaf schools are gradually being closed down with the aim of mainstreaming Deaf pupils.

The argument continues into whether this should happen, and it is a conflict that has been ongoing since the days of the three educators we have discussed.

Abbé de l’Épée, Heinicke, and Braidwood were successful in their own ways, utilising different methods to educate Deaf pupils, with different ideas of what was important in their education. They are the foundation of the history of Deaf education.

Thomas Braidwood didn’t get his own stamp though.

Let me know your thoughts about what we’ve looked at.  Tell me what you think the future of Deaf education should look like!