We hope you’re having a great week and are finding creative and fun ways to spread some Deaf awareness this week. For our penultimate post we have the late great Dorothy Miles. 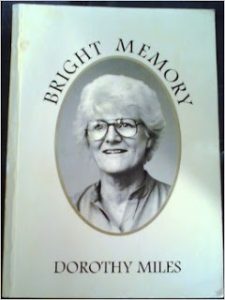 Dorothy Miles was a poet and activist within the Deaf community. She composed her poems in:

She laid the foundations for modern Sign Language poetry in the UK and USA. Crafting a way for other Deaf artists to make their way into the creative world of poetry.

Dorothy Miles is regarded as the pioneer for BSL poetry and her work has influenced many contemporary Deaf poets.

She contracted cerebrospinal meningitis which left her deaf. She was educated at the Royal School for the Deaf and Mary Hare School.   By the age of 25 she left Britain to go over to the United States to enrol at Gallaudet College. During her time there she won various prizes for both her prose writing and poetry for acting.

After her graduation she worked as a teacher and counsellor for deaf adults and then joined the National Theatre of the Deaf, where she began to create Sign Language poetry that both deaf and hearing people alike could appreciate and enjoy.

Eventually returning back to England, Dorothy was soon involved in the National Union of the Deaf’s Open Door on the BBC, which became a pioneer TV programme in which she performed her poem ‘Language for the Eye’. She was also involved in discussions that led to the See Hear TV series.

She also worked with the British Deaf Association in supporting Deaf people throughout the UK. She was involved in setting up and then teaching on the British Sign Language Tutor Training Course, the first university course for training deaf people to become BSL tutors. She also wrote the best-selling BBC book BSL ‘A beginner’s guide’, which was published to complement the television series.

As you can see Dorothy Miles has left a lasting impression on the Deaf community and that she has spearheaded a new generation of Deaf poets and activists. She helped bridge the gap between Deaf and hearing people in both a creative manner and generally as well. The Dorothy Miles Cultural Centre was established by a group of both Deaf and hearing friends in her memory.

That’s it from us till tomorrow!