Good day reader, this week is a very important one for the whole deaf community. Why is that you may be asking?  It’s Deaf Awareness Week!  The whole point in Deaf Awareness Week is to celebrate deaf culture and there’s no better way of doing that than to give coverage, from Monday through to Friday, to some of the world’s most know inspirational deaf people.

So we start with Monday’s post (Just because it’s a bank holiday isn’t going to stop us doing our bit to change the world for deaf people!).

Nyle DiMarco is an American model after he won the 22nd season of America’s Next Top Model in 2015 and is the only deaf person to ever compete on the show and only the second male to ever win. 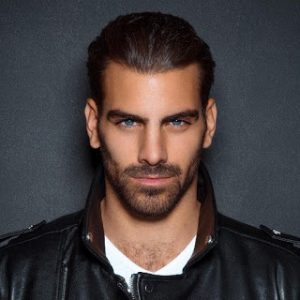 He comes from a Deaf family, with all of his close family being born Deaf. He graduated from Gallaudet University with a degree in mathematics.

American Sign Language (ASL) is his native language as well as also being proficient in lip reading and nonverbal communication. DiMarco has made full use of his native language after having a leading role in an independent film called ‘In The Can’ that was performed in ASL accompanied with English subtitles. He has also played a recurring role of Garrett Banducci in Switched at Birth; (A terptree favourite!).

DiMarco’s rise to fame saw him first doing freelance modelling for about a year before the producers of America’s Next Top Model last year. He was scouted via his Instagram without his deafness ever coming into play. Shortly after winning the competition, he signed with Wihelmina Models in New York City.

He is currently performing on the 22nd season of Dancing With The Stars. DiMarco is the second deaf contestant to be on the show, Marlee Matlin was the first.  Their appearance has brought great awareness to the deaf community. 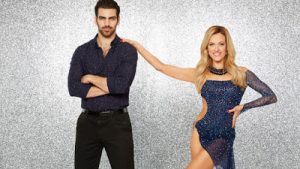 Deafness as an advantage

Nyle DiMarco sees his celebrity status as an opportunity to bring awareness of Deaf culture; So we know he’ll love this blog. He sees his deafness as an advantage in modelling because he is accustomed to conveying messages without speaking.

We hope you have enjoyed this post to start off Deaf Awareness Week, and look forward to seeing you again tomorrow ?