This Deaf Awareness Week we are asking the question – What Does It Mean To Be Deaf?  Well, Dr Paddy Ladd may have the answer: 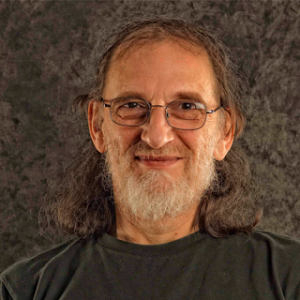 Dr. Paddy Ladd is a Deaf scholar, author, activist and researcher of Deaf culture.  He was one of the first presenters of BBC’s See Hear and presented the earliest programmes starting in 1984 in both Sign Language and spoken English.

He is a vivid campaigner for the rights of Deaf people since the 1980s and he was involved in the National Union of the Deaf, which is one of the earliest British Deaf activist organisations. One of the book’s main aims is achieving Deaf unity

With Paddy Ladd coming to the discovery that colonization is an integral part of the Deafhood philosophy, the term seen as arising from a colonisation process. Hence the need for Deaf people to have their own ‘Deaf related term’. Thus Deafhood was born.

Deafhood acknowledges that all Deaf people must embark on a self journey that refines and strengthens their Deaf identity.  If you are visually oriented in seeking information from your environment using a Sign Language rather than an oral language, then you have begun the search for Deafhood.

The writer of this book Paddy Ladd had a stressful time at school. Being one of the deaf children in mainstream education, he was not taught to use Sign Language but instead was forced to use his eyes to work out what was happening.

Knocked down but not broken

He remembers being told “You’re not a deaf child, you’re just a hearing child who can’t hear”. This devastated him, knocking his self-confidence and leading him to withdraw from society and bury himself in books. This could’ve broken him but in-fact led to him being such an influential figure in the Deaf community!

He soon became a pioneer creating the world’s first Sign Language pop video and devised the first masters course in Deaf culture. He was added to the Roll of Honour of the British Deaf Association for “Outstanding Contributions to the Deaf Community in Deaf Education”.

We hope you have enjoyed this insightful blog post and are engaging with the Deaf culture this week. See you tomorrow for our forth instalment in our Deaf awareness blog posts!