In every walk of life, we all need someone to lookup to, inspire us and show us there truly are no barriers to what we want to achieve in life!  So where better to look than on TV, so many people idolise actors and with modern technology it’s so easily accessible, no matter where you are or what time of day, to see those people who inspire you.  You may think that as a deaf person and with a real lack of deaf programmes, that acting is not a possible career route.  Well worry no more, because we have compiled a list of some of the most famous deaf actors around. 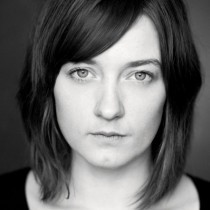 Sophie Leigh Stone has appeared in many popular shows such as:

She acts without use of her hearing aid, using visual cues to keep her in the zone.


She also, along with her co-actor, had to invent signs for certain words in Doctor Who, there’s currently no sign for the word ‘prototype’ so she developed her own. Not only is she an inspirational deaf actor but she is leading the Deaf community forward by continuing the natural development of British Sign Language!

She has a 4 year old daughter and has had to bring her up all on her own and she has a glistening acting career ahead of her too. She truly is a role model.

When she was growing up Sophie felt embarrassed to ask for help or ask people to repeat themselves, but now she has accepted it as part of her life.

“I always worry that I am holding other people back, but now I have learnt that I just have to learn to live with it”. We think you’re amazing Sophie, keep doing what you’re doing!

Take a look at her in this Doctor Who Extra: 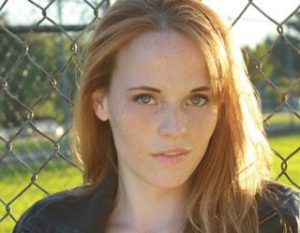 Katie Leclerc is an American actress. Incorporating an American, the 1st in our list, gives greater exposure to the wide variety of sign languages and Deaf culture.

She started learning American Sign Language at 17, before she found out she had a disorder which included hearing loss. She has an older sister that also teaches ASL. At age 20, Katie was diagnosed with Ménière’s disease, a degenerative inner ear disorder, the symptoms of which include fluctuating hearing loss and vertigo.

But if you thought that was enough to stop her from achieving her dreams, you’d be sadly mistaken. Nothing stops someone truly determined from achieving their goals, once they’ve started they simply strive for even greater accomplishments.

She has starred in numerous series and films such as:

– She was nominated for the Teen Choice Award for Choice Breakout Star.

– She has featured in adverts for: 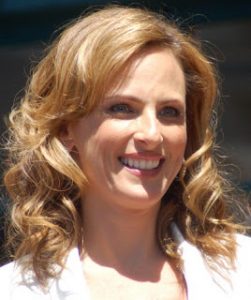 Marlee Beth Matlin is another American Actress. She has been deaf since she was just 18 months old. She is also a prominent member of the National Association of the Deaf and the Deaf community around the world.

In her autobiography ‘I’ll Scream Later’, she suggests that her hearing loss may have been due to a genetically malformed cochlea.

Matlin is actively involved with a number of charitable organizations including:

–          Easter Seals (where she was appointed an Honorary Board Member)

–          VSA Arts (An International organisation on arts, education and disability)

Marlee received an honorary Doctorate of Humane Letters degree from Gallaudet University in 1987.

She won the Academy Award for Best Actress in a Leading Role for Children of a Lesser God (1986), and is both the only deaf performer to win the award, and, at 21, the youngest to date.

The Actress has starred in numerous films and television shows, such as:

She opens up about her personal life in her autobiography about drug abuse, sexual abuse and more. This not only shows that she is a truly remarkable member of the Deaf community but she is extremely down to earth.

Not only that but she has a good sense of humour about being deaf “Often I’m talking to people through my speaker phone, and after 10 minutes or so they say, ‘Wait a minute, Marlee, how can you hear me?’ They forget I have an interpreter there who is signing to me as they talk. So I say, ‘You know what? I can hear on Wednesdays!'” 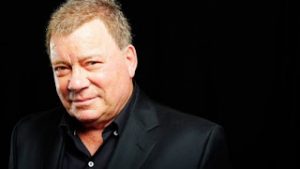 William Shatner has notched up an impressive 50+ years in front of the camera, most known for his role as Captain James T. Kirk in Star Trek.

William suffers from tinnitus when he was stood too close to a special effects explosion on the set of Star Trek the TV series. However he didn’t suffer from it until more than 20 years later.

“There were days when I didn’t know whether I would survive, I was so tormented by the screeching in my head” Said the actor in a public service video for the American Tinnitus Association.

The constant ringing in ones ear(s) must be truly unbearable but Mr Shatner and others like him have fought through and continue to defy belief by accomplishing more than most people could ever dream of.

Not only is he an actor but he’s also been a successful:

Having such a highly recognised and appreciated star discuss their fears and suffering at the hands of tinnitus, really helps to bring awareness to the wider population.

Now an advocate for the American Tinnitus Association, Mr Shatner can only help to increase the exposure and knowledge of tinnitus and how people suffering can be supported. He is a truly remarkable role model showing that there’s always going to be something that tries to bring even the best of us down but there’s nothing more powerful than the strength of the human spirit. 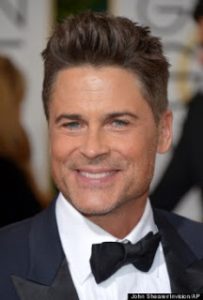 Rob Lowe is an American actor that due to a virus during infancy is deaf in his right ear. Doctors believe it was a complication from undiagnosed mumps Lowe may have had as an infant.

“I don’t know any differently. It’s funny as I get older, it’s harder and harder to be in, really loud restaurants. They drive me ballistic. That’s really tough for me”.

He has appeared in a number of successful films and TV shows such as:

The deaf American actor has won the Screen Actors Guild Award for Outstanding Performance by an Ensemble in a Drama Series for his work in ‘The West Wing’ in 2001/2002.

One thing you’ll find with these successful actors is, unless asked about it, they rarely mention their deafness. That’s just who they are and a part of what makes them unique. They don’t find it as a reason for a lack of achievements or recognition and they certainly don’t seek ‘special treatment’, they just go after what they set their mind to and they get it!

All the people included in our list are truly inspirational and there are a lot more actors we could’ve included as well as amazing deaf leading figures etc. Who knows, maybe we’ll have some more stories coming up? 😉

After being told you can’t do something, because of whatever factor that is supposedly holding you back, nothing is sweeter in life than going on your own journey and accomplishing it anyway! The doubt simply adds more fuel to the fire burning in someone’s heart to go out and achieve it!