5 Campaigns that are Changing the World for Deaf People

Who is making a difference to Deaf people’s lives today? There are a number of pre-eminent campaigns in the UK that seek to empower and improve the lives of people within the Deaf community. Organisations campaign for various matters, from gaining better access to facilities to getting British Sign Language taught in mainstream schools.  It’s difficult to find a central list of what campaigns exist out there, and what they do. So we’ve decided to put together a list of the top 5 campaigns that are supporting the Deaf community and seeking to change the world for deaf people.

What is it: As you’ll be aware, Access to work is a grant that supports those with a disability with overcoming work-related obstacles. However, the Government proposed cuts to the funds available to BSL users, leaving inadequate funds for interpreters and limiting their job prospects. Stop changes to Access to work was set up in Autumn 2013  to protest the changes and stop the government making the workplace less accessible for deaf people.

What are they doing: The Stop Changes petition has amassed huge support, with 6700 signatures out of 7000 received. Earlier in the year, as a result of extensive support, the famous ’30 hours of Communication Support’ rule was suspended, pending review. They’ve taken part in live webcam chats with highly recognised newspapers to make it clear that changes within the support system are wrong, thus educating the hearing world on issues Deaf people face. To sign their petition, CLICK HERE

Spit the Dummy and Campaign for BSL Act (STDC)

What is it: Spit the Dummy and Campaign for BSL Act is a Facebook group with two aims – 1) to campaign for an Act of Parliament that reinforces and gives legal protection to British Sign Language (BSL) as an officially recognised language of the United Kingdom, and 2) To Fight Discrimination and Gain Better Accesses.

What are they doing: STDC has become arguably the biggest and most popular Deaf Community page in the UK, with 11,300 members. A lot of the best known figures from the Deaf Community run and contribute to the page; such as Matt Dixon, Des Masterson, Jen Dodds, Jason Sharpe and James Clark.  Most of whom post videos of their various experiences of issues and discrimination. You can request to join the group CLICK HERE

What is it: Founded in 1890 as a result of the famous Milan conference in 1880 (where sign language in educational settings was banned), the British Deaf Association have been pivotal to British Sign Language being recognised by the government as a language in it’s own right in 2003.  The organisation works with local Deaf communities campaigning for equality and the recognition of their BSL charter, which is aimed at local authorities and services to improve access.

What are they doing: Recent campaigns include ‘Achieving legal status for British Sign Language users as a minority language in the UK.’ This aims to empower BSL and make it a protected and promoted language. They also organised Deaf Lobby Day in March earlier  this year. Due to their campaigns and involvement within the deaf community; the BDA has been regarded as the only national Deaf People’s Organisation. To find out more, CLICK HERE

What is it: Action on hearing Loss support people with hearing loss and tinnitus and create solutions for them offering advice and support. They run campaigns with an aim to change the lives of the deaf community. AOHL contribute to research for different cure for tinnitus and hearing loss focusing on support and improvement.  These guys sound pretty excellent to me; we need to raise awareness for all cause in the deaf community. 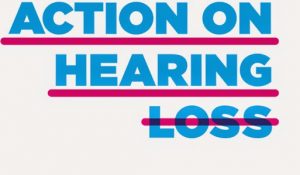 What they are doing: Action on Hearing Loss have targeted numerous campaigns to public services, businesses, politicians and the general public in order to create equal opportunities for the Deaf community. One of their recent campaigns is managing the healthcare budget in North Staffordshire.  Proposals are being put in place to withdraw the NHS- funded hearing aids.  AOHL have achieved a high profile in the UK; and their strong and successful campaigning; has resulted in the NHS introducing free digital hearing aids. They have also developed useful tools for health awareness in the UK, for example an online free hearing check. To find out more, CLICK HERE

What are they: Let the Sun Shine is a petition to get British Sign Language taught in schools. It was started by Jade Chapman, a teenager with a young deaf sister that is deaf and has verbal dyspraxia. Concerned with her future and that of the deaf community at large; she felt that if British Schools taught BSL, then there is hope.

What are they doing: Let Sign Shine started on the 8th of July 2014, and so far has raised 3100 signatures out of the 5000 needed via it’s petition on change.org. There is strong support behind this campaign.  Especially because children have to take a languages subject at school; so why not learn one that is of use to a sizable population in their own country. If you support this campaign, CLICK HERE

I hope this article has highlighted; in a succinct way, the significant campaigns going on in the Deaf Community at the moment; and how you can support them. As you can see there is a good mix of subject matter within the Deaf community.  By coming together as a community; you can support a number of campaigns at once. With Social Media giving people the ability to air their opinions to an audience; now is an ideal time for you to become active in this area; and help the deaf community as a whole achieve greater accesses and fairer rights.

Have we missed any campaigns? Let us know by replying in our comments box or over our Twitter and/or Facebook pages.