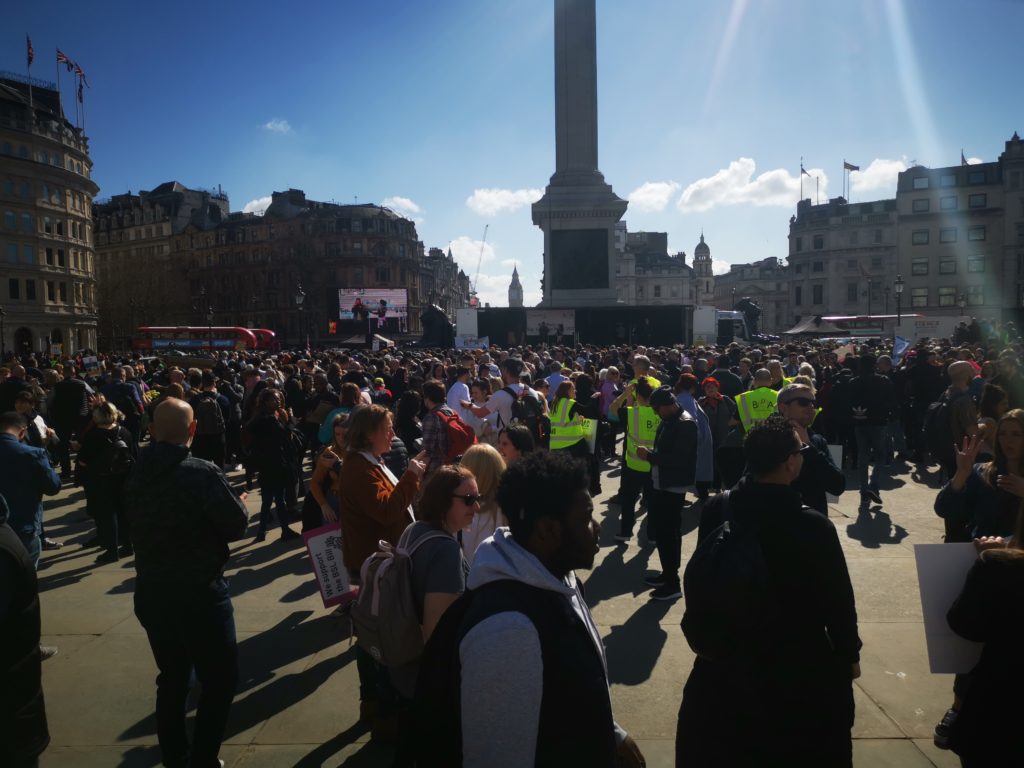 On 18th March 2003, the UK Government formally recognised BSL as a language in its own right.  The Government at that time also promised to address the need for a legal status for BSL and now its that time.

The British Deaf Association is behind the BSL Act Now! campaign and has been working to get the attention of the Government and along with the dedicated support from the deaf community gain awareness and support from the wider public this has now reached a pivotal moment.

Parliament debate the BSL Bill brought forward by Rosie Cooper. MP, in the next step in British Sign Language (BSL) being recognised as an official language.

The second reading in Parliament of the BSL Bill.  This involved the BSL Bill committee gathering to discuss the Bill.  It was passed at this stage.

4,000 people gathered in a BSL rally in Trafalgar Square to watch Parliament live as the Bill went through and celebrate the beauty of the language.

This coincided with Sign Language Week and shared the day 19 years before where British Sign Language was recognised as a language in it’s own right.

The event was also attended by recent Strictly Come Dancing winner, Rose Ayling-Ellis, who described the importance of access to BSL and shared her life experiences.

The BSL Bill was passed and will now go through to the next stages.

The bill has now gone through the formal process in the House of Commons and on Wednesday 6 April passed the Committee stage at the House of Lords with no objections. 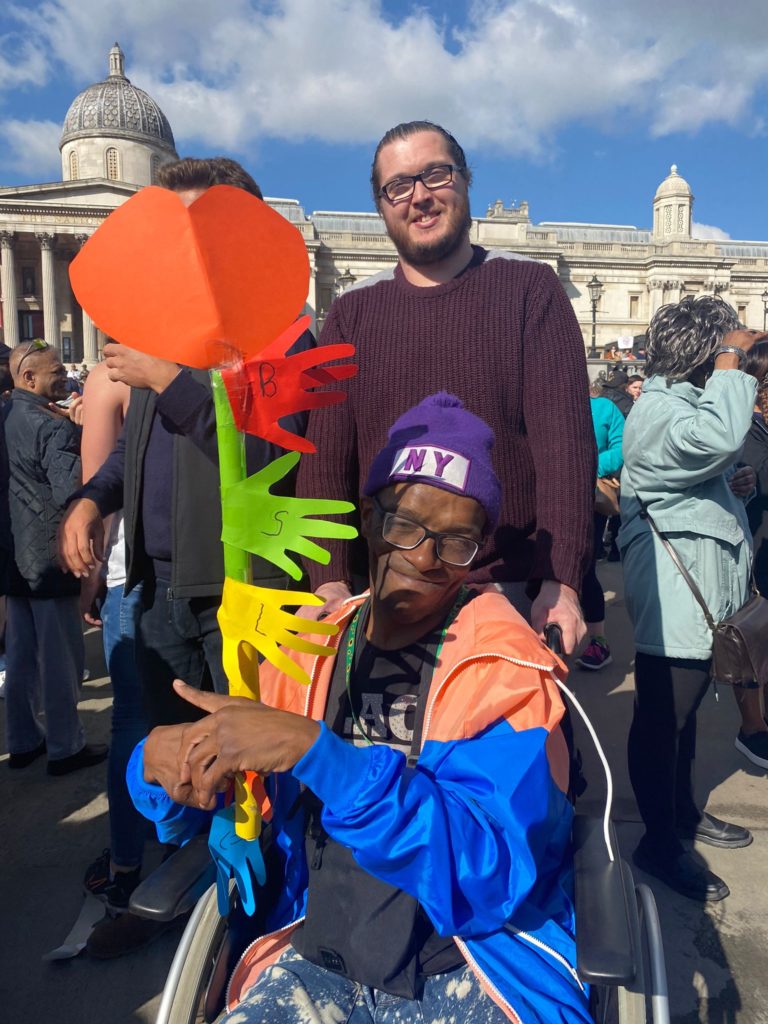 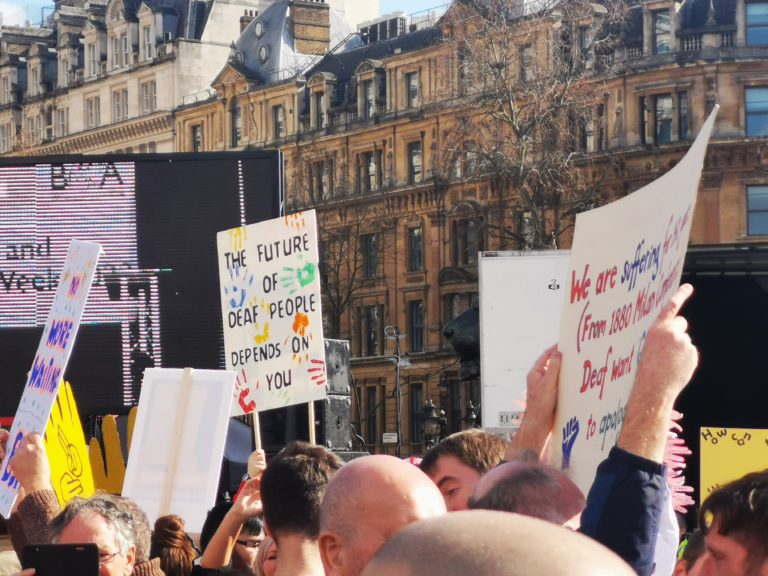 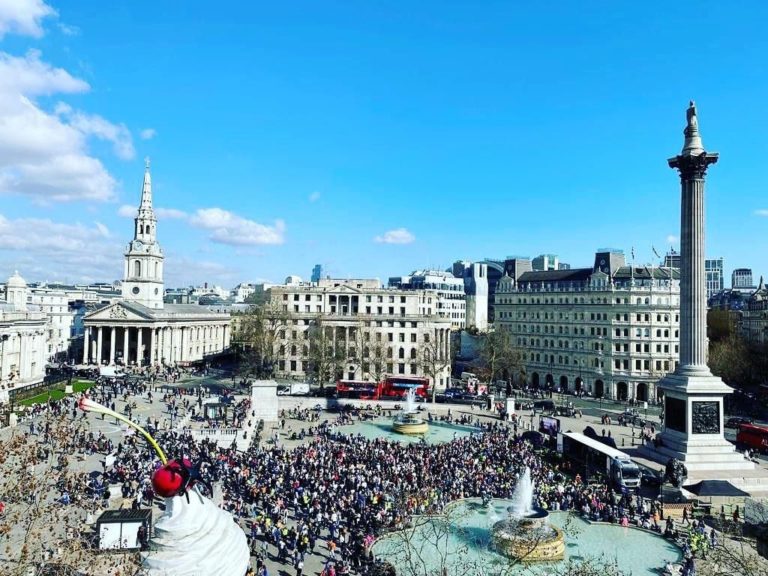 The 3rd reading, happened on Wednesday 27 April and was passed.

The Act then went to Royal Assent on Thursday 28 April 2022, where the bill is presented to the Queen who can either grant royal assent, thereby making the bill an Act of Parliament or delay the bill’s assent.

The British Sign Language (BSL) Act 2022, which supports the inclusion and equality for Deaf people in society through recognising BSL as a language, requiring the Secretary of State to report on the promotion and facilitation of the use of BSL across Government departments.

For more information check out:
https://bda.org.uk/bsl-act-now/

Take a look here at the Parliamentary process of the BSL Bill:
https://bills.parliament.uk/bills/2915 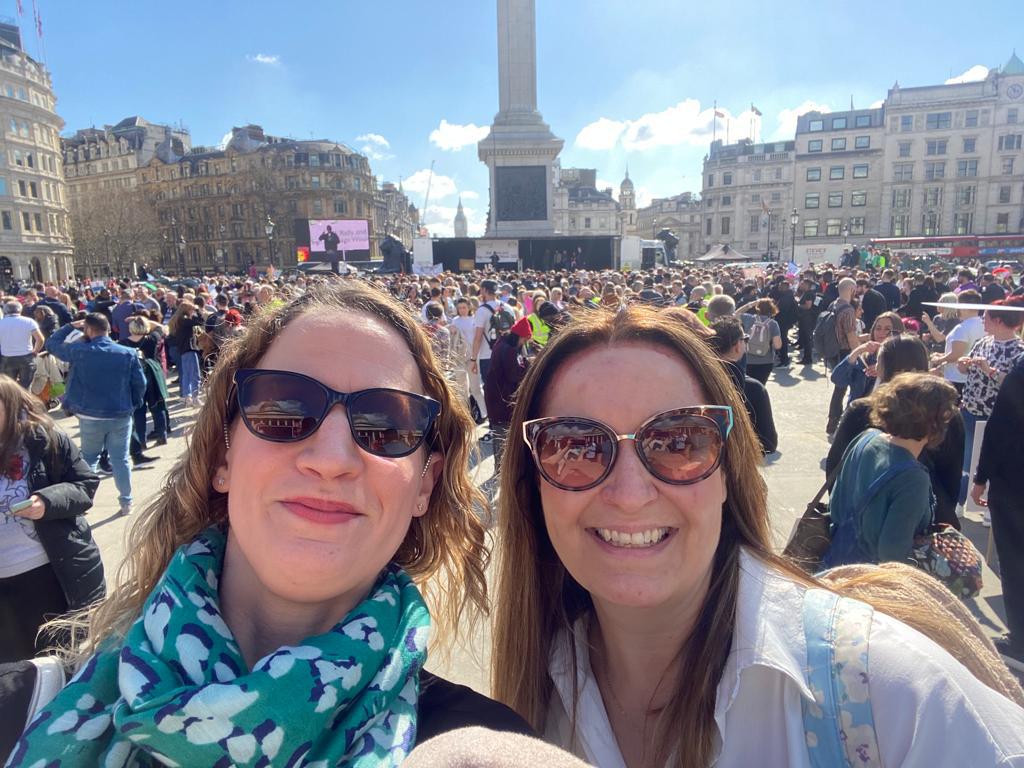